Ann is a Consultant and Coach for Acorn’s End in Rochester, MN and Bethesda Home Health in Wilmar, MN. She is also a Media Consultant for Power Shot Training: Excellence in Healthcare Sales & Marketing.  Ann has a deep passion for healthcare related topics!

Ann most recently worked at KWWL-TV, the NBC affiliate in the Waterloo, Cedar Rapids, Iowa City and Dubuque market.  She was tasked with co-anchoring the 5, 6 and 10pm news and covering health stories.  Prior to that, she worked at WEAR-TV, the ABC affiliate in Pensacola, Florida.  She co-anchored the 10pm news and handled the military affairs beat from 1995-2002.  Before moving to Florida, Ann was a bureau chief for WCTI-TV, the ABC affiliate in New Bern, North Carolina. She started her career in her hometown of Minot, North Dakota. She was a reporter, anchor, photographer, weather person, producer and host.

Ann was chosen as one of the Cedar Valley's top 20 under 40 business leaders, an honor given to business leaders under 40 years old.  She was also on the Wells Fargo Bank Advisory Board.  Ann served on the YMCA Board of Directors and on the Friends of Cedar Valley Hospice Advisory committee.  Ann also served 4 years as a board member of Jamie and Jim's Kids, a local group that provides terminally ill children from Eastern Iowa with the trip of a lifetime - a trip to Disney World.  She was also a volunteer for the American Cancer Society and served as a volunteer for the Waterloo Youth Hockey Association and St. Edward's school.  She was also a board member of the YWCA.  Plus, she was nominated for a Mayor’s Volunteer Award by one of her peers.

Ann has a B.A. in Broadcasting with a minor in Political Science from the University of North Dakota in Grand Forks. 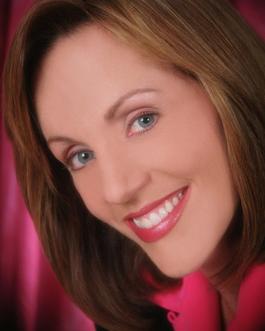 "Ann is extremely easy to work with. My company assisted her in a video project for a local client. She was very detailed and efficient in her work. Ann was a great team leader."